At the Council of Chalcedon (the Fourth Ecumenical Council in the Greco-Roman world), the bishops who assembled were firmly convinced that the Nicene Creed was sufficient to affirm their faith in God, his Son, and his Spirit.

A definition is a commentary on a creed, designed to give more terminological precision to the content of that creed. Click To Tweet They were right: the Nicene Creed clearly identifies each of the divine persons, shows that they are equal to one another, and emphasizes that for us and for our salvation, the Son came down from heaven through the incarnation. At the same time, the bishops at Chalcedon were under intense pressure from the emperor to produce a new creed, because he wanted to be able to call himself a new Constantine, presiding over the writing of a creed as Constantine had done at Nicaea in 325. The bishops also recognized that they needed more specificity than the Nicene Creed gave about how to understand Christ as both divine and human. As a result, they decided to write not a creed, but a “definition.”

Contrary to popular opinion, the Chalcedonian Definition is actually about five pages long—far too long to recite as part of a worship service. It includes the full text of two different version of the Nicene Creed: the original form from the First Ecumenical Council at Nicaea in 325, and the expanded version (the one familiar to us) from the Second Ecumenical Council at Constantinople in 381.

There are several things we should notice. First, even if one looks only at this paragraph rather than at the whole definition, it is obvious that it was not meant to be recited in church. It is written to teachers and leaders, indicating what we should teach about Christ. It is not a pledge of allegiance on the order of “we believe in one Lord Jesus Christ.” The Chalcedonian Definition seeks to affirm that the Son, who is fully equal to the Father, has genuinely become fully human without ceasing to be divine, in order to accomplish our salvation. Click To Tweet

Second, this paragraph, like the definition as a whole, is a commentary on one line of the Nicene Creed, the line that asserts that for us and for our salvation, the Son came down from heaven and was incarnated. Accordingly, this paragraph insists in no uncertain terms that the man Jesus after the incarnation is the same person as the eternal Son of God before the incarnation. The phrases “the same one” and “one and the same” occur eight times in this brief paragraph. This personal continuity between the eternal Son and the man Jesus is essential: Jesus is not (as Nestorius believed) a man with a special connection to God. He is God the Son himself, who is now fully human because he has become incarnate.

Third, this paragraph provides much more specificity than the Nicene Creed about what it meant for the Son to come down through the incarnation. It uses the Greek word physis in the sense of “nature” (previously, many theologians had used that word differently), and thus it indicates that the incarnate Son is made known “in two natures” (deity and humanity). It uses two Greek words, prosopon and hypostasis, in the sense of “person,” and thus emphasizes that the Son is a single person—indeed, the same person before and after the incarnation.

Thus, the Chalcedonian Definition seeks to affirm that the Son, who is fully equal to the Father, has genuinely become fully human without ceasing to be divine, in order to accomplish our salvation.

Sadly, the definition proved to be tragically divisive, as many in the African and Asian churches misunderstood its use of the word physis and thought it was proclaiming the Son and Jesus as two different persons. But properly understood, the definition provides terminological precision for speaking theologically about the incarnation. It isn’t a creed and was never meant to be, but it helps the theologians—and the rest of us—understand what we mean when we say in the creed that the one who is “true God from true God” truly “came down from heaven and was incarnated and was made man.”

For further reading, see the following works on patristic Christology by the author:

Chap. 7 of Life in the Trinity: An Introduction to Theology with the Help of the Church Fathers. Downers Grove, IL.: IVP Academic, 2009.

Chaps. 1-5 and 8 of The Story of Creeds and Confessions. Co-authored with Ryan Reeves. Grand Rapids, MI: Baker Academic, 2019.

Chaps. 13 and 14 of The Global Church—The First Eight Centuries: From Pentecost through the Rise of Islam. Grand Rapids, MI: Zondervan Academic, forthcoming in spring 2021.

For an English translation of the whole Chalcedonian Definition, see:

The Acts of the Council of Chalcedon: Volume 2. Translated with Introduction and Notes by Richard Price and Michael Gaddis. Translated Texts for Historians 45. Liverpool: Liverpool University Press, 2005. Pp. 201-5. 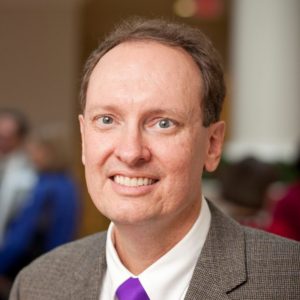