While the controversies surrounding the Nicene Creed of the fourth century did not directly concern the Father, they did radically shape how the Father is conceived in relation to the Son and Spirit – that is, the way in which he is Father. And while the historical script from AD 325 to 381 advances the status of the Son and Holy Spirit, it does so in the environment of a long shadow cast by the Father. Giving attention to this “shadow” helps us understand what it means to confess, as the Church does at the opening of the Nicene Creed, “I believe in one God, the Father Almighty.”

Pre-Nicene theologians would often speak of the dependence of the Son and Spirit upon the Father and, thereby, argue to some extent for the superiority of the Father. The most influential pre-Nicene theologian for setting the script of the fourth century was Origen of Alexandria. He is a fascinating figure because his theology influenced both sides of the Nicene debates. With regard to the Father, it did not appear to be Origen’s intention to subordinate the Son and Spirit to him. Nonetheless, his theology communicated a clear separation between the Father and the Son and the Holy Spirit.

One might say that rather than being a central protagonist in the narrative surrounding the Nicene Creed, the Father is a “supporting” character; but only a supporting character in the sense that Gandalf is a supporting character within the story of The Lord of the Rings. Gandalf is a character who is not central in terms of physical or verbal presence, yet nonetheless dominates indirectly through his specific background and relations with the main characters. The example of Gandalf highlights a character who is often known through how others respond to him and how he affects key situations in the narrative. The Lord of the Rings is not about him per se, but the story cannot be told without him and the intricate web of relations his character upholds. He looms over everything.

The remainder of this article with illustrate this precise point through two pro-Nicene theologians who were crucial to the final victory of Nicene thought in the Church. First, we will learn from Hilary of Poitiers (AD c. 315 – 367) who was from modern day France and wrote in Latin yet travelled to the eastern part of the Roman Empire and dialogued with Greek-speaking theologians. Second, we will learn from Gregory of Nazianzus (AD 329 – 390) who is known as one of the Cappadocian Fathers. Gregory was from modern day Turkey and for a time presided over the proceedings of the Council of Constantinople (381), which was responsible for the final form of the Nicene Creed we recite today.

Hilary of Poitiers on the Fruitful Father

The focus of Hilary’s Trinitarian arguments was on generation from the Father, which he often articulated in terms of an eternal “birth” (Latin: Nativitas). Hilary’s theological reasoning began with the Trinitarian names revealed in the New Testament. In particular, in his monumental work On the Trinity Hilary focuses on the words “Father” and “Son” as leading to the centrality of the birth to our understanding of the Trinity. When we confesses “Father” or “Son” we are immediately led, through these divine names and their mutual entailments, to a confession that the Son is begotten of the Father. Through the eternal birth Hilary stresses that the Father and Son have the same nature, while also insisting that there exists a real distinction (though not a separation) between them. The unity and distinction of the Father and Son revealed through the birth is explained within Hilary’s thought by examining the “gift” given from the Father and received by the Son.

The Father is greater than the Son, and surely greater, since he allows him to be as great as he himself is, since he bestows the image of his

unbegotten nature upon him by the mystery of the birth, since he begets him from himself into his own form.[1]

While Hilary will use language of “greater” for the Father because of his gift of the divine nature to the Son through the order of the eternal birth, at the same time he will say the Son is “not less” because of his full reception of the gift from the Father.

This statement comes in the context of an account for divine simplicity, so when God is referred to as “Father” he is wholly “Father.” That is, there is not one “part” of God that is Father and another that is not: “The Father is the Father of everything that is in him and all that he has…. He is wholly the Father of him who receives his being from him.”[2] For Hilary, the perfection of God is seen in his simplicity where he is Father of “all his own attributes which are in the one whom he has begotten from himself .”[3]

Gregory of Nazianzus on the Origin-less Father

Gregory of Nazianzus’s writings also stress the fecundity of the Father that contributes to the dynamism of the Triune life of the Godhead. At the same time, though, Gregory helps us fill out our confession of the Father through acknowledging that, whereas the Son and Holy Spirit are from another divine person, the Father is from no one. The Spirit proceeds from the Father and the Son. The Son is begotten from the Father. The Father is unbegotten.

Late in his life, when removed from the heat of theological battle and in a reflective state, Gregory wrote theological poems. They mirror the content of his five famous Theological Orations and thus reflect the mature theology confessed in the final wording of the Nicene Creed. In his poem “On the Son” he writes of the eternal birth of the Son from the Father:

Nothing ever existed before the great Father. For he who contains the universe and is dependent on the Father knows this, the one who is sprung from the great Father, the Word of God, the timeless Son, the image of the original, a nature equal to his who begot him. For the Father’s glory is his great Son and he was manifested in a way known only to the Father and to the Son made known by him.[6]

The eternal birth or generation of the Son necessitates an eternal equality, which Gregory briefly translates in terms of image and shared glory. Distinction between Father and Son is held up by the order demonstrated through begetting, but equal nature means that, despite having an ordered “beginning,” the Son is as eternal as the Father: the Father is the Son’s “timeless beginning.”

Gregory goes on within this poem to note the distinctiveness of the Father: “As God, as progenitor, he is a mighty progenitor. But if it is a great thing for the Father to have no point of origin for his noble Godhead, it is no lesser glory for the revered offspring of the great Father to come from such a root.”[7] Gregory is arguing for two things at the same time here: on the one hand, he is upholding the full divinity of the Son through his origin and “root” in the Father and, on the other hand, he is arguing for the uniqueness of the Father’s divinity as having no origin—he’s unbegotten.

Lest the Spirit be left out, Gregory in his Theological Poem “On the Spirit” describes the Spirit’s divinity “coming from the Father,” the “unoriginate root.”[8] What the Father has is the origin-less “divinity”: he is the “endless beginning” of the Trinity, even if that starting point must be discerned from the vantage point of the Son and Spirit who provide the vision of the Father. What is being described here by Gregory is known in Trinitarian theology as the “relations of origin” where the Son (by begetting) and Spirit (by procession) are known relative to their eternal origins in the Father.[9] Again, as several characters of the Lord of the Rings are illumined through their relations to Gandalf, so understanding the Son and Spirit comes only through properly relating them to the Father.

Knowing the Father “On the Way”

As the Spirit and Son bring us to the Father, they not only prompt us to confess his origin-less divinity but also that he is the fruitful root of the Trinity. Out of the Father’s eternal fecundity, Hilary taught us, he lovingly gives in the eternal generation of the Son and procession of the Spirit. What is more, in God’s unfathomable goodness, this fecundity rooted in the Father generously abounds freely causing the creation of the world: “I believe in one God, the Father Almighty, Maker of heaven and earth, and of all things visible and invisible.”

[5] While Hilary undoubtedly affirmed the Spirit within the Trinity, his relationship with the Father was not an area of focus in his writings. 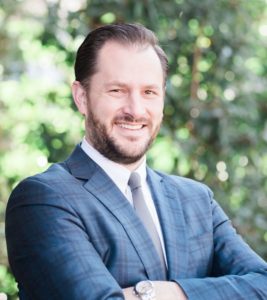 D. Blair Smith is the associate professor of systematic theology at Reformed Theological Seminary in Charlotte. He earned his ThM in theology from Harvard Divinity School and his PhD in historical theology (patristics) from Durham University, and he is an ordained minister in the Presbyterian Church in America. He is married to his wife, Lisa, and they have four children.