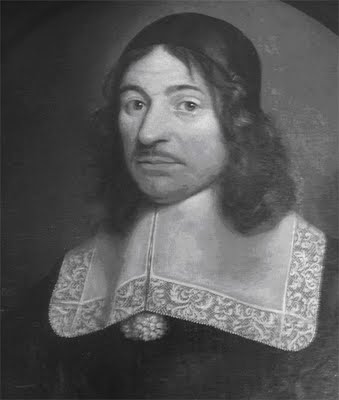 Orphaned as a child of only 9 years, Kiffin was apprenticed as a glover by the age of 13. When he was 17, Kiffin became converted through hearing the preaching of Puritan pastors John Davenport and John Goodwin. Remarkably, from these humble beginnings Kiffin would become one of the wealthiest men of his time, an adviser to kings, and a leader among the fledgling Particular Baptist movement.

One somewhat humorous incident from Kiffin’s life serves to demonstrate both his vast wealth and connections with the English monarch. On one particular occasion, Charles II asked Kiffin for a loan of £40,000. Instead, as Kiffin would later recount, he decided to make a gift of £10,000. This, he estimated, had saved him £30,000! More significantly, Kiffin would use his influence with the king to plead for and obtain religious toleration for his fellow dissenters.

Kiffin was one of the key players in the development of the Particular Baptist strand of English Baptists. Though his exact role is a disputed element in Baptist historiography, he was definitely a part of the mix. The interpretation of the so-called “Kiffin Manuscript” (hosted by Southeastern Baptist Theological Seminary’s Baptist Studies Online website) is central to the debate regarding the origins of English Particular Baptists. For a discussion of Kiffin’s role, see this article titled “How Did William Kiffin Join the Baptists?” (Baptist Quarterly 23, January 1970, 201-207) by B. R. White, the doyen of seventeenth-century English Baptist studies.

In the 1680s, Kiffin was involved in a debate with John Bunyan on the issue of open or closed membership. His side of the debate was set forth in A Sober Discourse of Right to Church-Communion published in 1681 (available here in PDF format). In this work, Kiffin sets forth the case for the majority view among Baptists historically that baptism (immersion of the believer) is a prerequisite to church membership and the Lord’s Supper.

If you are interested in reading more about William Kiffin, then here are some excellent resources to begin with. For a great short biography of William Kiffin, see Stranger than Fiction: The Life of William Kiffin by B. A. Ramsbottom. For Kiffin’s own autobiographical reflections on his life see Remarkable Passages In The Life Of William Kiffin  edited by William Orme (also available for free from Google Books). Another perhaps more accessible work is Michael A. G. Haykin’s Kiffin, Knollys and Keach: Rediscovering our English Baptist Heritage.

Currently, Dr. Larry Kreitzer of Regent’s Park College at Oxford University is engaged in a project to make the primary sources regarding William Kiffin available to the scholarly community. The first volume, William Kiffen and his World (Part 1), was released in 2010 and the second volume was released this year. The series is currently planned to have at least eight volumes in total. It is hoped that the accessibility of the primary source documents which Kreitzer has uncovered will be the foundation for more in-depth biographical studies than have hitherto been available.

Steve Weaver is a Ph.D. candidate at Southern Baptist Theological Seminary where he is working on a dissertation on seventeenth-century Baptist pastor Hercules Collins. He serves as pastor of Farmdale Baptist Church in Frankfort, KY and is the Research Assistant to the Director of the Andrew Fuller Center for Baptist Studies at Southern Seminary. Steve blogs at http://pastorsteveweaver.wordpress.com.