The “Phenomena” of Scripture: Theological Method, Inerrancy, and the Chicago Statement

John Fienberg’s most recent book, Light in a Dark Place: A Theology of Scripture, is a magisterial, nearly-800 page reflection on the doctrine of the Word of God. While most of the volume is excellent, what stands out is Fienberg’s discussion on how our theological method will determine, in large measure, where we land on the issue of inerrancy. To what texts should we turn first when formulating our theology of Scripture in generally and our understanding of inerrancy in particular?

Phenomena and the Doctrine of Scripture

In formulating their doctrine of Scripture, it has been a common approach for evangelicals uncomfortable with the doctrine of inerrancy to appeal first to the phenomena of Scripture; that is, to Scripture as it is. Any theology of Scripture, the argument goes, if it is to be fully biblical, must reckon with Scripture qua Scripture with all its imprecision, apparent inaccuracies and alleged discrepancies. To formulate our doctrine of inerrancy by first establishing that the Bible cannot error and then moving to assess the phenomena of Scripture on that basis is to get things backward and mute the “humanity” of Scripture. Besides, such an approach tends to encourage forced harmonization of apparent discrepancies and guards us from dealing honestly with the text.

Are such challenges justified? While it’s true that a some inerrantists have offered exegetically simplistic solutions to various Bible difficulties (e.g., issues of apparent contradictions and empirical mistakes, chronological harmonization, discrepancies between parallel narratives, etc.), it is simply not warranted to suggest that a deductive approach to the doctrine of inerrancy is inherently flawed. On the contrary: it is methodologically sound and provides the basis on which we can safely grapple with alleged problems.

Theological Method: A Question of Priority

When theologians begin the work of doctrinal formulation, it is essential that they give priority to the biblical passages that speak explicitly to the specific doctrine in question. While engagement with the phenomena of Scripture must be included in any robust theology of Scripture, these passages are of secondary importance in terms of theological synthesis. It is methodologically sensible, when developing our doctrine of inerrancy, to begin with texts that address specifically the doctrine of Scripture (e.g., Num 23:9; Deut 18:21-22; Ps 12:6; 19:6-11; Prov 30:5-6; John 10:35; 17:17 2 Tim 3:16-17; 2 Pet 1:16-21) then move to the texts that only indirectly address this topic. This argument has been made decades ago and should be clear enough; but it seems to have been forgotten in the contemporary discussion.

Up to this point, I have assumed for the sake of argument that there really is a distinction between what some have called the “phenomena” of Scripture and the so-called explicit texts that provide the principles from which we formulate our doctrine of inerrancy. I think we need to consider, however, that there may be something implicitly misleading about this language of biblical “phenomena.”

The Chicago Statement on Biblical Inerrancy

While the men who crafted the Chicago Statement on Biblical Inerrancy recognized “phenomena” as a legitimate category (see Article XIII), I am concerned the statement may, in light of contemporary scholarship, require some buttressing in order to avoid an unnecessary concession to evangelical “errancy.” Although it may be helpful to acknowledge a difference between passages that speak directly to the doctrine of Scripture and passages that appear to call into question these principles, we have to note, along with Mark Thompson, that the “the explicit statements of Scripture are themselves indispensable ‘phenomena.’”[1] To appeal to passages that specifically address the nature of Scripture is no less an appeal to biblical phenomena than turning to Jesus’ teaching about the mustard seed to build a case for the errancy position (see Matt 13:31-32). The question is not so much who is and who isn’t accounting for the phenomena of Scripture, but what phenomena is granted priority in our theological formulations.

The burden of proof, then, is upon those who suggest that alleged discrepancies and other textual problems should be given methodological preeminence over texts that speak directly to the nature of God’s written Word. The argument that passages which deal incidentally with the nature of Scripture should be quarried prior to the texts that expressly address the topic cannot be logically sustained.

In light of these considerations, perhaps an additional statement should be appended to the CSBI at this point (additions in italics).

We affirm the propriety of using inerrancy as a theological term to refer to the complete truthfulness of Scripture. We further affirm that biblical statements about God, his character, his relation to Scripture, and the truth and reliability of Scripture are rightly classified as biblical phenomena.

The additional sentence confronts directly the tendency among evangelical errantists and inerrantists alike to categorize biblical phenomena exclusively as those aspects of Scripture that appear more “human” or tend to pose problems for inerrancy. Indeed, to appeal to texts that speak directly to the nature of the Bible is to deal with biblical phenomena—i.e., to Scripture as it is. Inasmuch as it posits a difference between what statements in Scripture seem more or less “human,” the language of “phenomena” creates confusion and seems to lend some legitimacy to a theological method that reverses the order of how we prioritize texts in doctrinal formulation. Dealing carefully and thoroughly with biblical texts that specifically address the nature of Scripture will shape how we handle the so-called problem texts of Scripture. Click To Tweet

The discussion among evangelicals over the doctrine of inerrancy will likely continue into the indefinite future. Because errantists have seized on the role of biblical phenomena and how it should shape our understanding of inerrancy, I believe it is vital for the inerrantist case to make theological method a focal point of the initial debate and subsequent rejoinders. Dealing carefully and thoroughly with biblical texts that specifically address the nature of Scripture will shape how we handle the so-called problem texts of Scripture. Indeed, our rigor in handling these first-order texts will shape not only how we approach biblical problems, but will, in large measure, determine where we find such problems and the level of difficulty we ascribe to each one. Method matters. 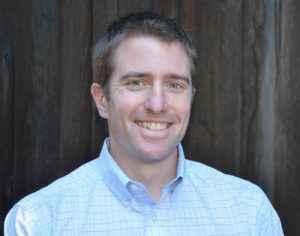 Derek Brown (PhD, The Southern Baptist Theological Seminary) is Associate Pastor at Grace Bible Fellowship in Silicon Valley, CA, and Professor of Theology at The Cornerstone Bible College and Seminary in Vallejo, CA. You can visit Derek at his blog at FromTheStudy.com.