New Credo Podcast: Is Eternal Generation Essential to the Gospel? hat is eternal generation? At one point terms such as “generation,” “begetting,” and “Sonship” were at home in a Christian’s vocabulary. Today, this is no longer the case. Typically, when we discuss concepts such as generation and begetting, we are making a statement concerning origin. A Son is from his Father. However, in order to avoid domesticating God, we must understand what we mean when we refer to God as Father and Son. Since the Son was eternally begotten from the Father’s essence, there was never a time when the Father was without his Son, nor a time when the Son did not exist.

While some may claim that eternal generation is an extra-biblical doctrine without scriptural warrant, Charles Lee Irons and Matthew Barrett demonstrate that the concept is seen throughout Scripture through familial imagery and other significant metaphors. Through a “beautiful mosaic” the biblical authors reveal the second person of the Trinity to be the Begotten One and tie a direct line from the Son’s eternal generation to his gospel mission. As shown through John’s Gospel, the Son is both begotten and “on the Creator’s side” of the Creator-Creature distinction, and it is this same Son who came “so that the world might be saved through Him.”

In this podcast Charles Lee Irons and Matthew Barrett answer tough questions with a focus on chapter 7 of Barrett’s book, Simply Trinity: The Unmanipulated Father, Son, and Spirit (Baker, 2021).

Credo · Is Eternal Generation Essential to the Gospel? 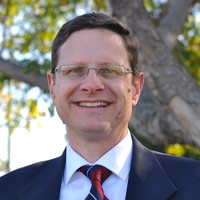 Charles Lee Irons (PhD, Fuller Theological Seminary) is an independent scholar. His writings and lectures on various theological topics, including issues relating to the Trinity, may be accessed at www.upper-register.com.