10 Questions with Christopher A. Hall

Christopher A. Hall is president of Renovaré, a Chris­t­ian non­prof­it that mod­els, resources, and advo­cates full­ness of life with God expe­ri­enced, by grace, through the spir­i­tu­al prac­tices of Jesus and of the his­tor­i­cal Church. In addition to serving Renovaré and Eastern University for over twenty years, he is a prolific author. Many readers will know him from his editorial roles for the Ancient Christian Commentary on Scripture series and Christianity Today or his many books on the Church Fathers. Perhaps even more noteworthy, Dr. Hall has ministered in Asia, Africa, South America, Europe, the Middle-East, Canada, and the United States. In this interview, Hall’s shares a little about his life and personal journey with the early church fathers.

I came to love the church fathers during my doctoral work under Tom Oden at Drew University from 1987-1991. Up to that time, I had read few patristic texts, other than some Augustine (City of God) at Regent College in Vancouver, BC, during directed study with J.I. Packer. It was Tom who taught me that “the Holy Spirit has a history.” Up to my doctoral work, my biblical and theological education was largely first century, then the sixteenth century on. I learned from Tom Oden and the fathers that the Holy Spirit was also at work in the church from the second to fifteenth centuries CE. There was no huge, empty gap, as though the train had jumped the track for fifteen centuries—as I had been taught by some of my earlier teachers. I was surprised, indeed, delighted to find such rich, insightful minds and hearts. Quite a commentary on my education up to that point!

You have served in a variety of contexts—Asia, Africa, the Middle East, Canada, South America, Europe, and the United States. How has the Great Tradition transcended any specific ministerial context?

The Great Tradition possesses a weight and glory that speaks cross-culturally. My experience in these different ministerial contexts bears this out. Image-bearers are image-bearers wherever we find them, and since the Great Tradition is indeed a product of the Holy Spirit’s gracious work in the church on behalf of the church, we shouldn’t be surprised if it speaks to ministers and lay people in whatever context they find themselves. I learned from Tom Oden and the fathers that the Holy Spirit was also at work in the church from the second to fifteenth centuries CE. There was no huge, empty gap, as though the train had jumped the track for fifteen centuries—as I… Click To Tweet

Of course, bridge-building work is often required. Nicene language, for example, must be explained carefully as to what it means and doesn’t mean, but I think this task is simply catechesis. How can I explain clearly to my African or South American friends what the Great Tradition is? I must understand their ministerial and cultural context, while simultaneously having immersed myself in the Great Tradition.

The same is true for the evangelical community in the states.

Most evangelical folks have very little grasp of what the Great Tradition means when it affirms and explains truths such as the Trinity or the Incarnation. A recent survey whose results were reported in Christianity Today found 78% of evangelicals agreeing with the arch-heretic Arius that Jesus is an exalted creature.

Sadly, evangelical leaders often misconstrue Trinitarian relations as they attempt to supply divine justification for authority structures they advocate. Ralph Drollinger, the founder of Capital Ministries, who regularly teaches Bible studies in the White House, pictures different levels of authority within the Trinity itself, with the Son possessing lesser authority than the Father, and draws startling conclusions. Drollinger writes, “The respect of the submissive wife to her husband then, becomes a tremendous physical picture of the interrelationships existing amongst the members of the Trinity, i.e. the Son’s respect for the Father’s authority. This human modeling is essential to the woof and warp of successful cultures.”

Oh my! This is a Trinitarian impossibility. To predicate lesser authority within the personal relations is to believe in three gods, not one. Yet we often run across perspectives such as this in evangelical thinking not grounded in the Great Tradition.

With the influence of social trinitarianism, Protestants and evangelicals have sometimes drifted from biblical, Nicene trinitarianism. Can the Fathers help us renew our orthodox heritage?

Sure. Folks not familiar with Nicene trinitarianism get confused by trinitarian language and this is understandable. When we hear, for instance, that there are three “persons” in the Trinity, we naturally begin to think of human persons. And that’s problematic, for the fathers weren’t thinking of human persons as their starting point in thinking about the Trinity. They were thinking about God. If we start with our picture of “persons” using models drawn from human personhood, soon we are picturing the divine persons as individuals distinct from one another, yet sharing common characteristics.

My friend Stan Grenz, whom we lost back in 2005, illustrates this difficulty in his significant work, Theology for the Community of God. In his discussion of Trinitarian doctrine, Grenz affirms that we confess “that the One God is three – the Father, the Son, and the Holy Spirit” (85). Fine. But he then writes, “Each of the three is deity, sharing together in, and together constituting, the one divine essence” (85). Big problem.

The language of “together constituting” the divine essence, is murky at best. Father + Son + Spirit = the one divine essence, as though when we add them together we have the essence? No. The Father is numerically one with God, as is the Son and Spirit. They do not “constitute” aspects of the essence that they then offer to each other as “persons.”

Evangelical theologians too often speak of three persons “in one God” or “in one Godhead.” Calvin may even have used language like this. This is not necessarily unorthodox, but it tends to lead the mind down different paths than more traditional language. I talked with a friend – a noted patristic scholar – about this and neither of us could recall the fathers speaking in this way. It’s much more typical of them to speak of each person of the Trinity “having” the fullness of the divine essence (originating from the Father and given in full to the Son and Spirit. If you must picture the divine ousia, I believe, it’s better to picture it fully within each person, rather than all three persons within it. The latter language has led to the talk of three persons “constituting” the divine essence.

In a culture that is radically different than the world in which the Fathers lived, are their contributions to ethical dilemmas still relevant today?

I don’t think you’ll be surprised by my answer, as I just wrote a book on the ethics of the fathers, and the relevance of their thinking and practice for our lives today. Though there are significant cultural differences between their context and ours, there are also striking similarities. The fathers’ ancient Greek and Roman context, for instance, was sexually overheated, much like ours today. Their culture loved violence, as does ours.

Let me add that where the Fathers’ cultural context differs from ours, this helps rather than hinders in terms of their ethical teaching. They will tend to have greater clarity on key ethical issues than we do, for their cultural blind spots are often not the same as our own. And, of course, the same is true for us. We will see some things more clearly than them.

The Fathers were not only theologians, but exegetes and preachers. How has a patristic hermeneutic helped influence your interpretation of Scripture?

I’ve learned not to rely solely on modern sources in interpreting the Bible. A phrase I’ve coined, “hermeneutical proximity,” illustrates the importance of ancient sources for reading the Bible well. The Fathers lived very close to the time of Jesus and the apostles. Ignatius of Antioch, for instance, may have known the apostle John. So, when Ignatius is writing about a biblical text, I want to listen to him very carefully. He knows the music of the text in a manner I don’t, for he has learned it personally from the composers.

The fathers read the Bible through a Christological lens. They know the end of the story, and allow the Gospel to proleptically shed light on the entire text, from Genesis on. I’ve come to expect teaching about Jesus or aspects of his life to appear in biblical texts that in the past I wouldn’t have spotted it.

The Fathers had a lot to say about spiritual formation and the spiritual disciplines. How might Christians today benefit?

The literature can be daunting. If someone were to begin reading the fathers for the first time, where should they begin?

I suggest looking at the reading program suggested by Boniface Ramsey in his book, Beginning to Read the Church Fathers, published by Paulist Press. It’s a reasonable, wise list; not at all overwhelming.

If you had a time machine and could sit at the feet of any one Father, who might it be and why?

Great question. My immediate response is John Chrysostom, since I did my doctoral work on his understanding of providence and have read lots and lots of his work. More recently, though, I’ve become more interested in the Cappadocians – Gregory of Nyssa, Basil the Great, and Gregory of Nazianzus. What fun it would be to have dinner with any of them, though no doubt I’d be intimidated. Basil’s experiences in the Egyptian desert would be an interesting discussion point, as would Gregory of Nyssa’s ideas concerning the final restoration of all things.

You must enjoy getting together with colleagues who also love the Fathers. If you could recommend one of your patristic pals to readers, who would it be?

By a “patristic pal,” I think you must mean someone alive! Every Friday at 4 pm I join Phillip Cary on a zoom call, and we talk theology for an hour and a half or so. Phil’s a brilliant patristic scholar as well as an expert on Luther and lots of other stuff. You are probably familiar with the three books he’s written on Augustine – all published by Oxford Press. I’m a singles hitter when it comes to Phil Cary and his understanding of the Fathers. He’d probably be playing third base for the Phillies, while I’d be shagging fly balls for a single A team. Phil’s presently editor of Pro Ecclesia, which no doubt many of you read. His position as editor indicates his stature within the Catholic and evangelical scholarly community. Right now, we’re reading Aquinas together, and I’m learning a great deal from Thomas and Phil. Occasionally Phil will say he’s learning from me, too, but I have my doubts.

Evangelical emphases on time management – digital clocks keeping everything moving, each part of the service carefully orchestrated down to the last second – would also have caught their attention.

The entertainment side of evangelical services would have caused a few groans. Some worship songs – especially the ones that sound like popular pop romance music – would have raised an eyebrow.

On the positive side, they would have applauded the evangelical love for the Bible. 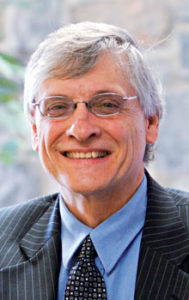