The Best Symbolical Statement of the Calvinistic System of Doctrine

Philip Schaff, the venerable historian of the church and her confessions, once observed that the Belgic Confession is “upon the whole, the best symbolical statement of the Calvinistic system of doctrine, with the exception of the Westminster Confession.” This Confession is known most commonly as the “Belgic” confession because it emerged from the French-speaking Reformed churches in the southern “Lowlands” or “Nether-lands” (now Belgium). It has served historically as one of the three confessional symbols of the Dutch Reformed churches. Affection for this confession among these churches stems as much from the poignant circumstances suffered by its original author and subscribers as from its rich statement of the Reformed faith.

The Belgic Confession was originally written by a French-speaking, Reformed pastor, Guido de Bres (pronounced Gee-doe de Bray), who had been a student of Calvin’s in Geneva. Though the principal author of the Belgic Confession, other Reformed pastors and theologians, including Francis Junius, who was later to become a well-known Reformed professor at the University of Leiden, contributed to the final, received form of the Confession. First written in 1561, copies of the Confession were sent to Geneva and other Reformed churches for approval. The present form of the Confession stems from the time of the great Synod of Dort in 1618-19, when the text was revised and officially approved in four languages (the original French, Latin, Dutch and German).The aim of the Confession is to persuade its readers that the Reformed faith is nothing other than the historic faith of the Christian church. Click To Tweet

In the face of intense persecution by Phillip II of Spain, Guido de Bres and Reformed believers in the Netherlands were eager to show that their faith was in accord with the teaching of Holy Scripture and the ancient consensus of the holy catholic church and her councils. Consequently, the Belgic Confession has an irenic tone throughout, especially in its careful demonstration of the Reformed faith’s commitment to the great biblical doctrines of the Trinity, as well as the Person and work of Christ. Roman Catholic teaching is rejected at critical points, but the aim of the Confession is to persuade its readers that the Reformed faith is nothing other than the historic faith of the Christian church.

Another purpose of the confession, which distinguishes it from the French or Gallican Confession of 1559 with which the Belgic Confession shares many striking similarities, was to demonstrate that the Reformed faith was distinct from that of the “Anabaptists.” Among the Anabaptists, who had considerable influence in the Netherlands in the early period of the Reformation, there were those who not only rejected the practice of infant baptism but also the legitimacy of the civil magistrate as a servant of God. The Anabaptists sharply distinguished Christ’s spiritual kingdom, the church, from the civil order, and advocated a strict separation from the world, which required a refusal of military service, the taking of oaths and the paying of taxes. The Belgic Confession was also written, therefore, to defend the Reformed faith against the suspicion that it embraced these features of the radical Reformation.

The Belgic Confession consists of 37 Articles that are organized according to the three articles of the Apostles Creed. After introductory articles that set forth the Reformation view of the inspiration and authority of the canonical Scriptures (Articles 1-7), the Confession begins with an affirmation of the doctrine of the Trinity and of God’s works of creation and providence (Articles 8-13). The central section of the Confession sets forth the biblical teaching regarding Christ’s Person and work, distinguishing the Reformation’s understanding of salvation by grace alone through faith alone from the errors of medieval Roman Catholic teaching (Articles 14-23). The concluding section of the Confession then offers a summary statement of the Person and work of the Spirit, which includes several articles on the church and sacraments as well as a specific article on the divine appointment and ministry of the civil magistrate (Articles 24-37).

For the purposes of my brief summary of the content of the Belgic Confession, I will identify several themes that stand out in its testimony to the Reformed faith.

First, like the Westminster Confession of Faith, the Belgic Confession opens with a classic statement of the Reformed doctrine of revelation, particularly the doctrine of Scripture. According to Article 2, God is “made known” by two means, general and special revelation. Though the creation itself, and the superintendence of history under God’s sovereign purposes, testify to God’s everlasting power and divinity, as a “most elegant book,” this general revelation only leaves sinful man in a state of inexcusable ignorance and rebellion before God. Therefore, to make known “more clearly” his will and purpose, especially his redemptive work through Jesus Christ in the gospel, God has provided his church with the holy Scriptures. These canonical Scriptures are the only norm for the regulation and foundation of the Christian faith.The “marks of the true church” are identified as the preaching of the pure doctrine of the gospel, the pure administration of the sacraments instituted by Christ, and the exercise of church discipline. Click To Tweet

Second, in its testimony regarding the Person and work of Christ, the Belgic Confession not only echoes the ancient consensus of the church but also emphasizes the distinctive Reformed understanding of sovereign and merciful election (Article 16), and of Christ’s redemptive work for his people. The doctrine of election is expressly stated in an infralapsarian form. The doctrine of justification by grace alone through faith alone is clearly articulated. Of special interest is Article 22, which was slightly revised at the Synod of Dort in the context of debates regarding the nature of Christ’s righteousness that was imputed for the believer’s justification. This Article specifically notes that Christ’s righteousness includes “all His merits, and so many holy works which He has done for us and in our stead,” thereby clarifying that the righteousness imputed to believers includes what is known today as Christ’s “active obedience.” While the justification of believers is clearly distinguished from the grace of sanctification, these two benefits of Christ’s saving work are inseparably joined in the communication of God’s grace in Christ to believers (Art. 24).

Third, several of the most distinctive features of the Reformed doctrine of the church and sacraments receive special notice in this Confession. The holy catholic church is the “assembly of those who are saved, and outside of it there is no salvation” (Art. 28). The “marks of the true church” are identified as the preaching of the pure doctrine of the gospel, the pure administration of the sacraments instituted by Christ, and the exercise of church discipline. The government of the church is based upon the teaching of Scripture and requires the appointment of three kinds of church officers: ministers of the Word, elders, and deacons, who together comprise the “council” of the church.

Human inventions, or ordinances for the government of the church that do not enjoy Scriptural sanction, are expressly rejected (Art. 30). In the section dealing with the sacraments, the traditional Reformed understanding of infant baptism is affirmed, and a strong affirmation of the real, spiritual presence of Christ in the Lord’s Supper is included.

And fourth, consistent with the author’s intention to answer the charge that the Reformed were “seditious” in their repudiation of civil government, the Belgic Confession contains several strongly-worded condemnations of Anabaptist teaching and practice. In an especially important Article on the magistracy, which has been slightly modified by several Reformed churches that subscribe to the Belgic Confession, the civil government is affirmed as a divine ordinance for the purpose of protecting public order and the gospel ministry, as well as promoting the kingdom of Christ. This Article concludes with a condemnation of “the Anabaptists and other seditious people, and in general all those who reject the higher powers and magistrates ….” 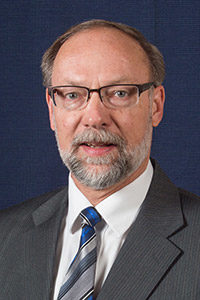