Thomas Aquinas, without using the term “Natural Theology,” discusses this natural knowledge of God in many of his works, including the Summa Theologiae, Summa Contra Gentiles, his Commentary on Paul’s Epistle to the Romans, his commentary on Boethius’s De Trinitate, and so on. If discussing Aquinas’s approach to Natural Theology was as simple as explaining what he says about it in these works, it could be done in a single paper. It is not so simple, if only because, from the time of Aquinas to the present moment, there has been an ongoing discussion between friends and enemies of Aquinas as to just what Aquinas actually thinks about this natural knowledge of God, and whether he is right. In the last 150 years alone, there has been such a great wealth of material published on the subject, that even Thomas Joseph White’s excellent contribution to the Thomistic doctrine of Natural Theology[3]—in which he not only interacts with important nay-sayers such as Heidegger, Kierkegaard, and Barth, but also interacts with 3 different Thomistic articulations of Aquinas (namely Maritain, Rahner, and Gilson)—does not quite say all that needs to be said.

My goal, in what follows, is to provide a clear introductory articulation of Aquinas’s understanding of Natural Theology, in conversation with some contemporary interpreters of Aquinas.

The Preambles, Theology, and Christian Belief n his commentary on Boethius’ De Trinitate, Aquinas say that philosophy can be used in Sacred theology in three ways. The first of those ways is “in order to demonstrate the preambles of faith, which we must necessarily know in [the act of] faith. Such are the truths about God that are proved by natural reason, for example, that God exists, that he is one, and other truths of this sort about God or creatures proved in philosophy and presupposed by faith.”[4]

In chapter 3 of the Summa Contra Gentiles, Aquinas says, “Some truths about God exceed all the ability of the human reason. Such is the truth that God is triune. But there are some truths which the natural reason also is able to reach. Such are that God exists, that He is one, and the like. In fact, such truths about God have been proved demonstratively by the philosophers, guided by the light of the natural reason.”[5]

For Thomas, there are a certain number of truths which can be known via natural reason, and which are implicit in the act of faith.[6] In the above quotes, he gives a non-comprehensive list of some of those truth claims which have traditionally fallen under the domain of Natural Theology. For Thomas, note, Natural Theology is a knowledge that man can have, through “natural” or philosophical means,[7] of the divine nature, without appeal to special revelation. These preambles are properly proved, for Aquinas, in philosophy, and are accepted as true by the theologian.

It is important to note that, for Aquinas, actual “knowledge” of the preambles is not necessary for salvation, and knowledge of the preambles is not sufficient for salvation. On the contrary, as he clearly explains in the Summa Theologiae I, q. 1, a. 1,[8] special revelation in Christian Scriptures was necessary for three reasons.[9] First of all, this natural, philosophical, knowledge of God was obtained only by a small (“a paucis”) amount of people.[10] He is not, here, talking about that vague, pre-philosophical, and very general knowledge of God which is in all men,[11] but demonstrative knowledge that God is. This philosophical knowledge is, in principle, obtainable by all men (as all men are rational beings), but, as so few actually attain it, says Thomas, it was necessary that God reveal himself through Holy Writ.

Secondly, that philosophical knowledge of God which Aquinas includes as a preamble of faith also took a long time (per longum tempus) to obtain. Aquinas is saying nothing more complicated here than that, historically speaking, it took humanity quite a while to arrive at clear demonstrations which prove that God is.[12]

Thirdly, even that which was known by the philosophers[13] was a mixture of truth and error (admixtione multorum errorum).[14] The philosophers, despite their brilliance, only arrived at the knowledge they had acquired about God after a long time, and what they did know was intermingled with many erroneous opinions about God.[15]

The necessity of Christian Scriptures, for the salvation of man, reveals that Aquinas does not in any way think that most Christians need to “know” the truths of the preambles in order to be Christian.[16] Rather, the preambles may be as much an object of belief for many people as any truths which is revealed in Christian scriptures and encoded in the Apostle’s Creed. It is as rational and intellectually virtuous for humans to accept the truth of the preambles on the basis of the trustworthiness of a recognized authority,[17] as it is for humans to seek to understand and demonstrate the preambles.For Aquinas, it is impossible for Natural Theology to lead to a salvific knowledge of God. Click To Tweet

However, we must not therefore forget that, for Aquinas, each of the preambles is demonstrated in philosophy, and, therefore, can be known as true. Truths arrived at through philosophical means, such as “God is,” “God is good, perfect, immutable, impassible, eternal, and so on,” cannot contradict the scriptures, properly interpreted; and serve Sacred Theology as keys to the proper interpretation of the scriptures.[18] Though the Christian layman is in no way obligated to know the preambles prior to belief, it is incumbent on the Christian theologian to study that which philosophy teaches us truly about God.

Demonstrating that God Is

Thomas clearly includes amongst the preambles of faith—those truths which are known by human reason without appeal to Christian scriptures, and which are properly studied by philosophers—the truth that “God is”.[19] In the Summa Theologiae I, question 2, articles 1 and 2, Aquinas asks whether the proposition “God is” is self-evident (a. 1) and whether the proposition “God is” is demonstrable (a. 2).[20] To the first question, Thomas says, “yes and no”. To the second, he gives a resounding “yes”. To understand his answers, we need to dive into the important distinctions that he makes.

[1]Cf. discussion of Varro’s distinction between the types of theology, including Natural Theology, in The City of God Against the Pagans, bk. 6, ch. 5; bk. 8, chs. 1-13.

[2]Augustine discusses the many truths known by the Platonists about God in City of God, bk. 8, ch. 6.

[4]Thomas Aquinas, Faith, Reason and Theology: Questions I-IV of his Commentary on the De Trinitate of Boethius, trans. Armand Maurer (Toronto, ON: PIMS, 1987), 49.

[5]Thomas Aquinas, God, bk. 1 of Summa Contra Gentiles, trans. Anton C. Pegis (1975; repr., Notre Dame, IN: University of Notre Dame Press, 2005), 63. For future references to the SCG, all quotations will be from Pegis’ excellent translation, and references will follow the traditional form of SCG, 1.3.2, to indicate book, chapter, and section.

[6]Cf. Thomas Aquinas, Summa Theologiae I, q. 2, a. 2, ad 1. Bauerschmidt, ESTRC, 23fn25. Brian Davies, Aquinas (London/New York: Continuum, 2002), 31-33. Francis J. Beckwith discusses this in his recent work Never Doubt Thomas: The Catholic AQUINAS as Evangelical and Protestant (Waco, TX: Baylor University Press, 2019), 24ff. He rightly points to a number of contemporary Protestant scholars who misunderstood (or perhaps, poorly expressed) this aspect of Aquinas. Beckwith unfortunately sees this as a problem with “Protestant” interpretations of Aquinas, when this is clearly not the case, and a closer reading of 16th and 17th century Protestants would provide him with a different perspective on the Protestant understanding of Aquinas.

[7]For more on the meaning of “natural” in “natural knowledge,” see my paper, “Biblical Interpretation and Natural Knowledge: A Key to Solving the Protestant Problem” in Joseph Minich, ed., Reforming the Catholic Tradition: The Whole Word for the Whole Church (Leesburg, VA: Davenant Press, 2019), 99-134.

[8]All quotes and paraphrases of Aquinas’s Summa Theologiae are my own translations of the Latin text found in the Somme Théologique published by Éditions de la Revue des Jeunes. The Latin text in these volumes is taken from the same sources as the Leonine edition, but was edited (comparing it with multiple editions), by multiple French Thomists, including M.S. Gillet, P. G. Théry, and others. Cf. Thomas d’Aquin, Dieu, tome premier de la Somme Théologique (Latin/Français), trad. A. D. Sertillanges (1947 ; repr., Paris : Éditions de la Revue des Jeunes, Desclée et cie, 1925).

[13]Note how Aquinas is fully in agreement with Augustine here (and both of them with Christian Scriptures), in saying that the philosophers had some knowledge of God.

[15]For Aquinas, the errors of the philosophers would not count as “knowledge,” but as “false opinions” and an abuse of right reasoning. Cf. Aquinas, SCG, 1.3.4-5.

[16]Furthermore, this means that, for Aquinas, it is impossible for Natural Theology to lead to a salvific knowledge of God. Without divinely inspired Scriptures we would have no knowledge of Christ, without whom there could be no way for man to ascend to union with Christ.

[17]Such as Church leaders.

[18]Cf. Aquinas, SCG, 1.7.1-7. In the SCG, Aquinas notes that this entails that “whatever arguments are brought forward against the doctrines of faith are conclusions incorrectly derived from the first and self-evident principles imbedded in nature. Such conclusions do not have the force of demonstration; they are arguments that are either probably or sophistical. (Aquinas, SCG, 1.7.7.)” Here, it is worth mentioning that Thomas clearly thinks that the particular positions of particular philosophers (and Christian theologians) only hold a “probable” authority in the articulation of Christian doctrine (ST I, q. 1, a. 8, ad 2). Indeed, in this same article, in his response to the 2nd contrary position, Aquinas explains that though human reason is out of its depths in theology, it still plays an important role in the articulation of Christian theology. Human reason cannot demonstrate the truths of revealed scriptures (these are accepted as true, by faith, and then reflected upon), but, it does, says Aquinas, demonstrate other truths which are essential to Christian doctrine (here he is referring to the preambles). Only revealed scriptures hold an absolute authority in Christian doctrine (ST I, q. 1, a. 8, ad 2).

[19]For a helpful discussion of the distinction between demonstrating/knowing “that God is” versus “God’s existence,” see Davies, Aquinas, 39. 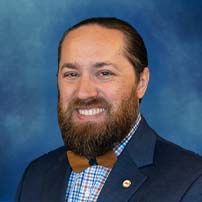